Few years ago this small settlement (500 inhabitants) in the Calabria region was selected by a group of scientists from the US as a place where  Summer workshops and meetings of researchers (in the field of nanotechnology applied to medicine) could take place. The village does not have any peculiar attraction but it is a quiet place  with very friendly and cooperative inhabitants. It was chosen because of this pleasant and familiar ambiance.

Since 2008 every year dozens of  world-renown  experts of nanomedicine gather in Gagliato for the  five-day “invitation-only” Nanogagliato Conference to discuss about nanotechnology applications to medicine, and how to disseminate the knowledge of these among general public. Over the years the Conference evolved in a think-tank focusing on translational innovations. In 2009 a Nanogagliato Academy was established; around this core a  number of other projects have developed. In 2010 was established the Small Nanogagliato Academy concerned with the education of youth in Sciences and the production of medias for education. NISE, Nanoscale Informal Science Education Network promoted a very successful festival for the school-children  of Gagliato and the neighbouring villages.

The strategy of the Nanogagliato group is to generate local projects  that can create employment and generate shared  development initiatives with other settlements in the area. At present the focus is not just on sciences but also on arts and creativity. Fellowships and grants are also given to students of the region to improve the quality of their education.

From 2016 scholars and students from different disciplinary background engaged with the local community of the village to co-produce future scenarios of local development. The aim was to enable a transition towards sustainability for a village , on one hand affected by economic and demographic decline, as many other rural areas of the South of Italy and, on the other, protagonist of an annual science meetings which had contributed to rise some expectations of change.

The workshop focussed on problems originated by such an unusual experience: reorganization of local school facilities, re-use of abandoned buildings, design of new public spaces an community centers, improvement  of the connections with surrounding villages. 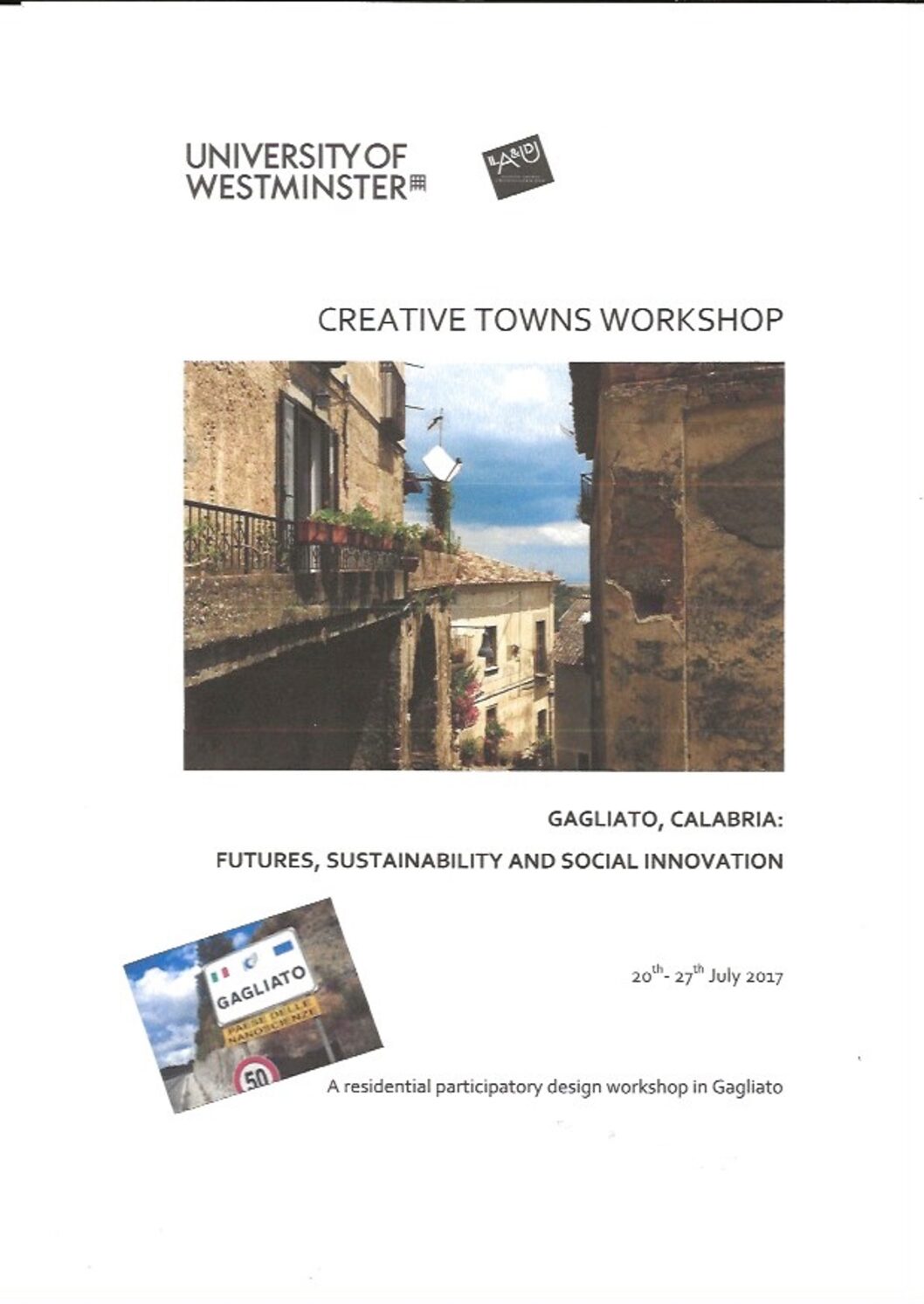