The city-oasis of Jericho (Palestine) is the birthplace of urbanization and the place where permanent agriculture first developed. It is a model of sustality that risks being overcome by the very attractiveness its environmental characteristics and cultural heritage have generated for tourism and real estate investments.

This small oasis-town close to the Dead Sea is a perfect laboratory to study and design urban sustainabil. We live in a world with limited re- sources. This is particularly true in Jericho, where water scarcity already threatens both domestic and agricultural supply, in the struggle to meet an increasing demand.

Jericho owes its existence since prehistoric times to the presence of fresh water springs at the foot of the mountain ridge that runs along the western side of the Jordan valley desert. The area is also furrowed by a series of water courses – wadi – running from the mountains to the river Jordan.

The springs (among which the one healed by the prophet Elisha) gave birth to an oasis renown for   its fertility and the quality and abundance of its agricultural crops.

The area has been uninterruptedly inhabited for millennia because of the Ein-es-Sultan spring that  gave origin to the oasis. Even now, despite the increasing urban growth, to those arriving from Jerusalem through the desert, the city appears as a spot of green in the dry Jordan Plain.

In Jericho the summers are hot, but  in winter the climate is agreeable. The mountains shelter her from the winds blowing from Jerusalem on one side and Amman on the other. The oasis still largely existing, with its complex and sophisticated system of water chan- nels for irrigation, but is endangered by the pressure of urbanisation and tourism. There still are tangible traces of the presence of the system of channels throughout the oasis, although in recent years water has been canalised

– and therefore hidden – for sanitary reasons and to avoid dispersion.

Wadi Qelt originates from the eastern side of Jerusalem and terminates in the River Jordan close to Jericho. Along its route it meets remnants of monasteries and palaces, as well as several aqueducts. The landscape is breath-taking.

For most of the year its riverbed is dry, but occasionally in winter due to heavy rain it can overflow Wadi Qelt reaches and crosses the centre of Jericho. Usually a wadi is a small river coasted by a riverside of varying dimension, normally with steep shores, with wide open spaces marked by banana trees and palms. Nowadays Wadi Qelt is rather a waste dump col- lecting rubbish and sewage that either remain deposited on the riverbed after the alluvial period or continue their course towards the River Jordan. The banks inside the city centre are used as depots for activities related to light industry and vegetable storage. It is a sort of backyard of the city, instead of being a pleasant place for all sorts of open-air activities for both citizens and tourists.

The Laboratory aimed at:

Re-designing of the riverside, with the introduction of light open-air facilities in order to provide the city with new public places for leisure.

Reclaiming of nature inside the city.

Building of a consciousness about the problems related to the misuse of water.

Adopting devices for water remediation with the aim of stopping/reversing environmental damage caused by pollution and lack of maintenance.

Preserving and enhancing the memory of Jericho’s culture of water. 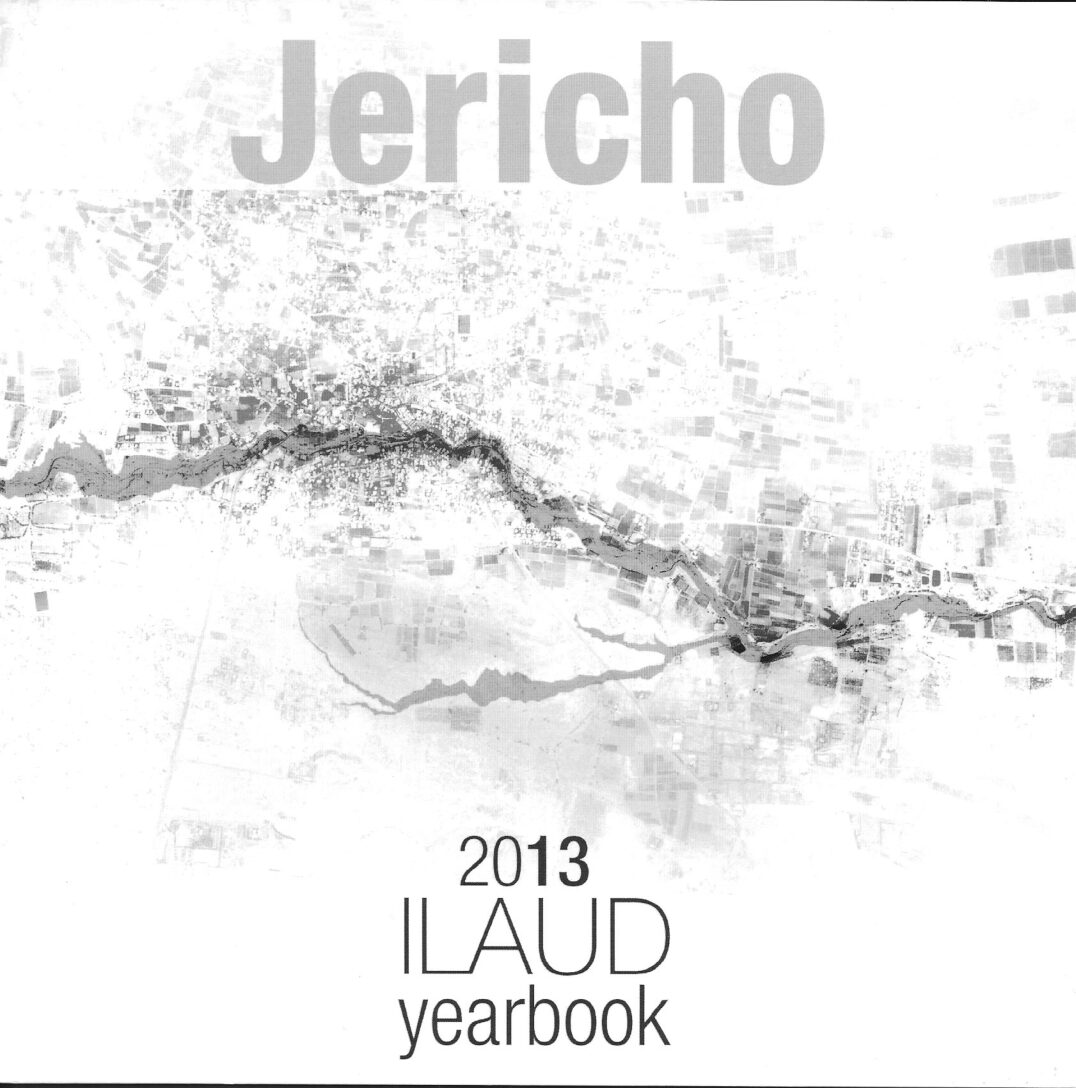